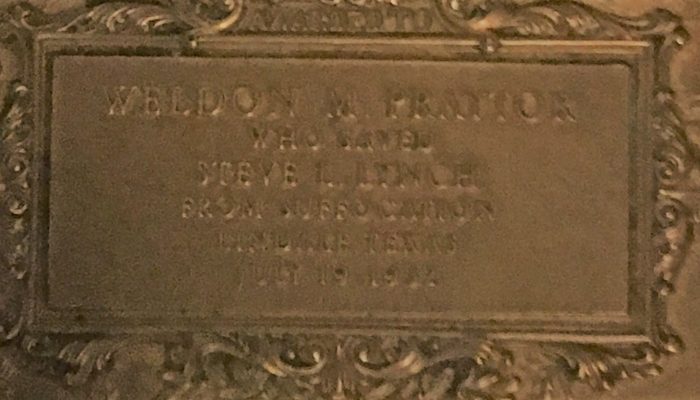 The Smith County Historical Society’s January 2019 Monthly Program was about the Carnegie Hero Medal Commission. Our program speaker was Carol Kehl, our Society’s Past President. I found the subject very interesting and informative, so I reached out to Carol. She was kind enough to send me some more information about the Carnegie Hero Medal Commission. Here is what she sent:

“Andrew Carnegie was a well-known American industrialist and philanthropist.  Most acclaimed for his funding for public libraries throughout the United States, including the Carnegie building in Tyler, Texas, he as well funded the Carnegie Hero Medal Commission in Philadelphia in 1904.  The Commission has awarded over 10,000 Hero Medals to ordinary people who have risked their lives to save or attempted to save fellow citizens in harm’s way.  Fifteen such medals have been awarded to men in Smith County, Texas between the years 1912 and 1986.  The heroic actions have included saving a man from suffocation in a deep well, saving a man from a burning boat and saving an elderly woman from being hit by a train.”

During Mrs. Kehl’s presentation, she spoke of 4 of the past Smith County, Texas, residents that earned this great honor. One that sticks out in my mind is Weldon M. Praytor. Almost 87 years ago, Mr. Praytor helped a man escape from a well that was 25 feet deep. It is for this selfless act of courage and heroism that Weldon M. Praytor earned his Carnegie Medal of Honor. 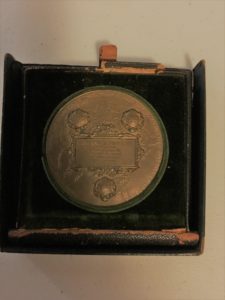 One reason Mr. Praytor stood out to me is because many of his family members came to the meeting to represent their loved one. During the presentation the family joined in with some personal stories, which brought this program to another level. Mr. Praytor’s grandson brought the actual medal for us to see. We were able to hold it and enjoy just a piece of the honor the Praytor family is able to carry with them.

Mr. Weldon M. Praytor passed away in 1980. His family states that he was a humble man, helping many throughout his life, however speaking very little of his Medal and heroic deeds. Mr. Praytor was a true hero!

Our Monthly Programs are held the 1st Tuesday of each month!

Currently, Carol Kehl is working on an article for our 2019 Chronicles publication about the local Smith County recipients of this Medal of Honor. Their stories are amazing and the medals well earned! We’ll send out more information when the 2019 issue is published! For now, check out the previously published Chronicles of Smith County, Texas!

Did you know that you can still nominate an individual to receive this great award: https://www.carnegiehero.org/nominate/