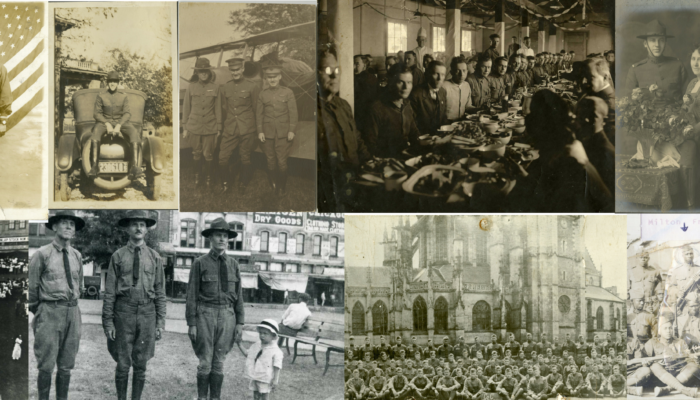 William Wade Renfro was born on February 9, 1897, in Tyler, Texas to parents Young Carter Renfro and Lillian Clyde Smith.  He was the fifth child born to them.  His father died in 1909.  Lillian and the family lived at 1303 North Fannie in Tyler, Texas.  Virgil, his brother, worked for the railroad.  His uncle, James Smith, was living with them.  When William was 21 he registered for the draft in Temple, Texas where he was an operator at the Gem Theatre.  This was June 5, 1917 and he married Ella Gertrude Land on April 16, 1918, in Smith, Texas. 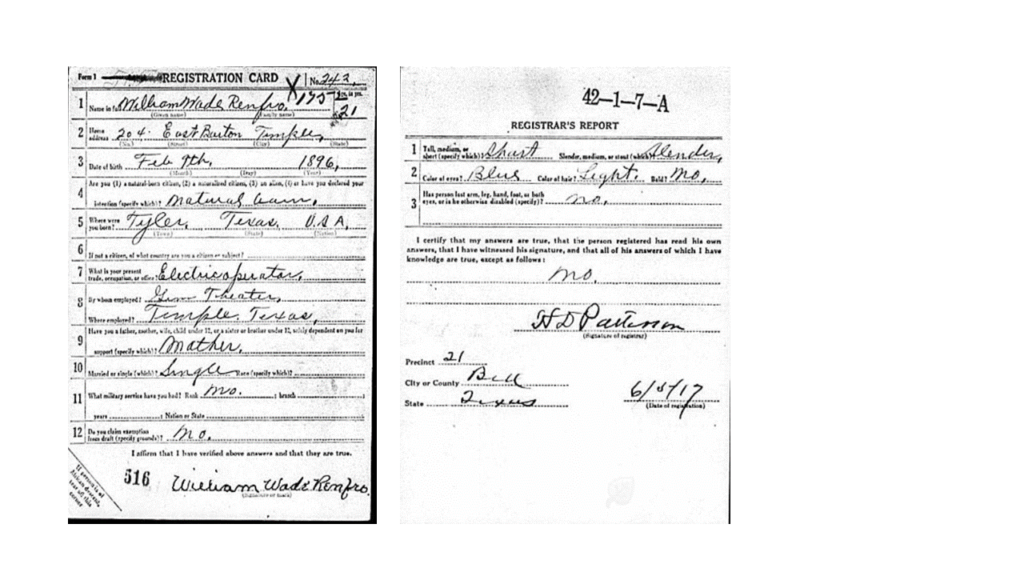 When William was 21 he registered for the draft in Temple, Texas.  At that time he was working at the Gem Theater as an operator/projectionist.

The first unit of the 39th Division arrived in France on 12 August 1918, and the last unit arrived on 12 September 1918. The Division was then sent to the St. Florent area, southwest of Bourges, where it was designated as a replacement division. In November, 1918, it moved to St. Aignan. There several of the units were transferred to combat divisions.[27] The 141st Machine Gun Battalion was deployed to near Chaumont, Department of Haute-Marne, France. Soon after reaching its billets an order was received from G. H. Q. designating this unit as the 141st Anti-aircraft Machine Gun Battalion and ordering it to proceed to Langres, France for training. The organization finished the war at Noigent waiting for transportation. Letters from a soldier of the 3rd Arkansas were received in Arkansas.[28]

The unit returned to the United States and was discharged in 1919.

(above unit description from wikipedia article)

After his return to the states he continued working as an operator at the Palace Theatre in Tyler.  They had two children during their marriage. Throughout his life he continued to manage movie theaters.  He died on September 19, 1963, in Fort Worth, Texas, at the age of 66, and was buried in Rose Hill Cemetery in Tyler, Texas.

Listed below are the different records and collections that William Wade Renfro can be found in.

Alliene Gaston Coker, The First Woman Elected as an Officer of a Tyler Bank
April 8, 2019
Wounded Men Are Jolly – WW1 Letter from Gertrude Brogan To Her Sister
May 10, 2018
Sharing African American History
March 23, 2020