Nat Gentry, son of Mr. and Mrs. N. A. Gentry, writes the home folks about his trip from Tyler to California. He enlisted in the navy and was enroute to Mare Island, Near San Francisco, and the first letter covers his trip to Mare Island. Another letter which will be printed Monday gives some of his first experiences as a fighting man in the U. S. Navy. We are sure our readers will read these letters with interest.

Dear Mamma: We have just left Needles, which is the first stop in California and where we had breakfast. I am writing this while the train is going about forty miles an hour,  and you may be able to realize what a task it is. I am getting to be quite an adept at doing things on the train, as I shaved this morning.

A bunch of Indians met us at Needles with beads to sell, and as all the boys bought some, I spent seventy-five cents for a small pocket book, a watch fob and some beads. At the next stop, I will send the fob and pocketbook home and the bead to——-.

It is hard to compose a letter with all the fuss going on in the car. We have thirty-six men; fifteen from Houston joined us in Temple.

I will try to tell you all about the trip as it happened. We left Dallas at seven Wednesday morning; and our first stop was at Temple for two hours. The only stops since then have been at stations where there were Harvey Houses.

We reached Brownwood at nine o’clock Wednesday night, and had supper at the Harvey House. They charge seventy-five cents a meal; but, believe me, it is worth every cent of it. We had tongue, roast duck, spring chicken, steak tomatoes and ice cream.

We reached Clovis, New Mexico early Thursday morning and I mailed you a card from there. We have been all day and night coming across New Mexico, and will be today and tonight crossing California, also think we reach Frisco early Saturday morning.

The trip has been worth four years to me; that is, I think so now.  However, I shall be better able to judge when I see what the four years are.

New Mexico is absolutely barren. For miles and miles there is no sign of a crop and no cattle. When we reached Arizona, however, the scenery at least was worth looking at. We were many thousand feet above sea level this morning and we nearly froze to death when we got up.

It began to get mountainous back in Arizona; but it was nothing to compare with this. We are now going thru a long cut in a coast range of mountains and are right at the foot of a mountain on one side and on the other you look way across and see the range.

The last night I was in Dallas,  I went down to the First Texas Calvary armory and talked to the Dashiell boys about Tyler and Jacksonville until after twelve o’clock.

We have had to bunk two in each lower and one in an upper. I am with a little kid named Lewis from Ennis, who is a cousin of the Leventhal boys, and is certainly a nice kid.

I can’t say anything about how I am going to like the life; but just depend on it, when I get back I shall be able to say that I have done my best.

I shall write a more connected letter about Sunday and let you know my address. 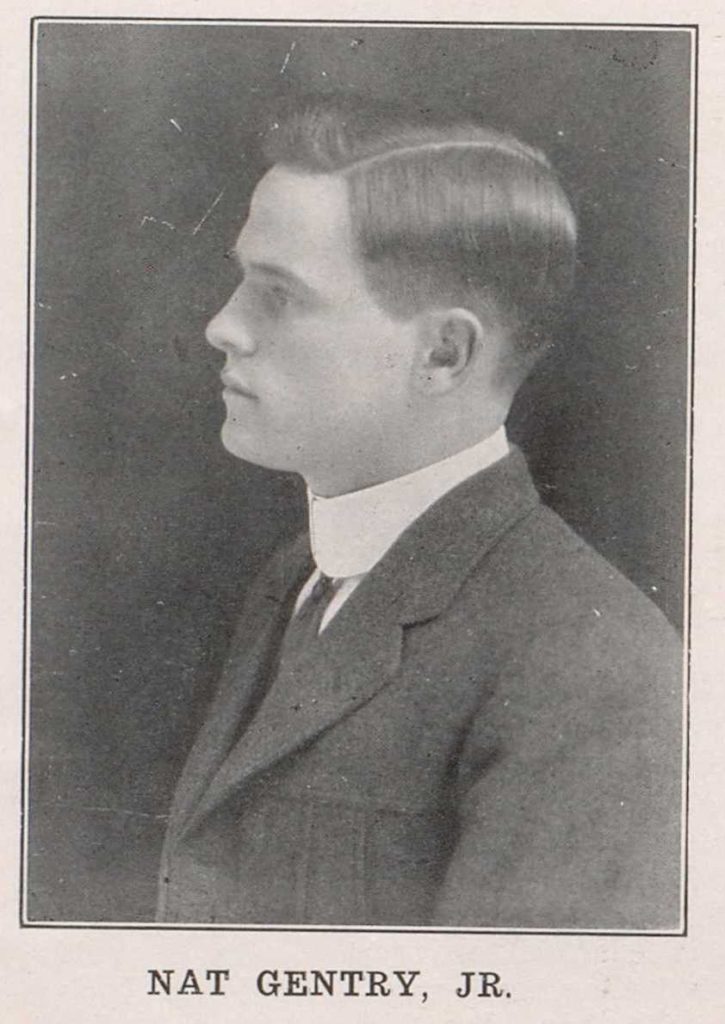 In his Memorial published in Texas Bar Journal 1949 Volume XII, Issue 10, page 524 accessed on-line at www.texasbar.com on May 23, 2017 it states he studied law at his father’s office and was admitted to the bar in 1915 This is interesting in that he is listed as a senior in Tyler High School in the 1916 Alcalde.

A second letter was published on September 29, 1917 and can be found published here.